Pillsbury Cinnamon Rolls with Candied Bacon and a mouth-watering maple frosting…need I say more? These Maple Bacon Cinnamon Rolls are a delicious and easy fall breakfast!

Fall is my favorite season! Thanksgiving, my birthday, my wedding anniversary — there are so many reasons to celebrate and be thankful.

Our family traditions include classic recipes that we enjoy together every year. For me, very few things bring to mind Thanksgiving and family like my Granny’s famous cinnamon rolls. However, Granny’s cinnamon rolls are made from scratch, so they are a bit time-consuming and not exactly the easiest recipe for a beginner (aka ME) to attempt.

Well, my husband (the chef in the family) came up with the next best thing: Maple Bacon Cinnamon Rolls. Not only are they delicious, but these bacon cinnamon rolls and maple glaze are so EASY that anyone can make them…myself included! 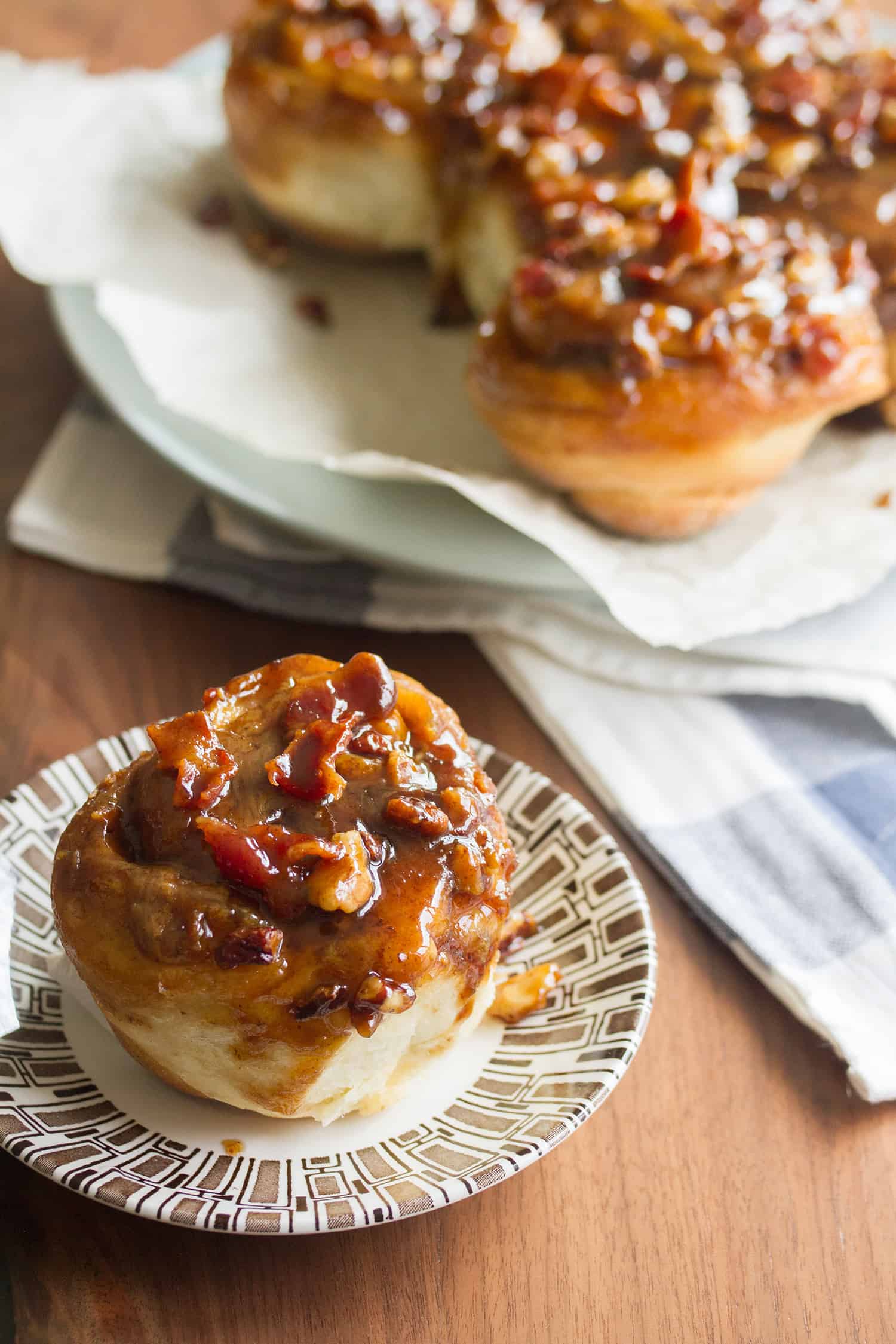 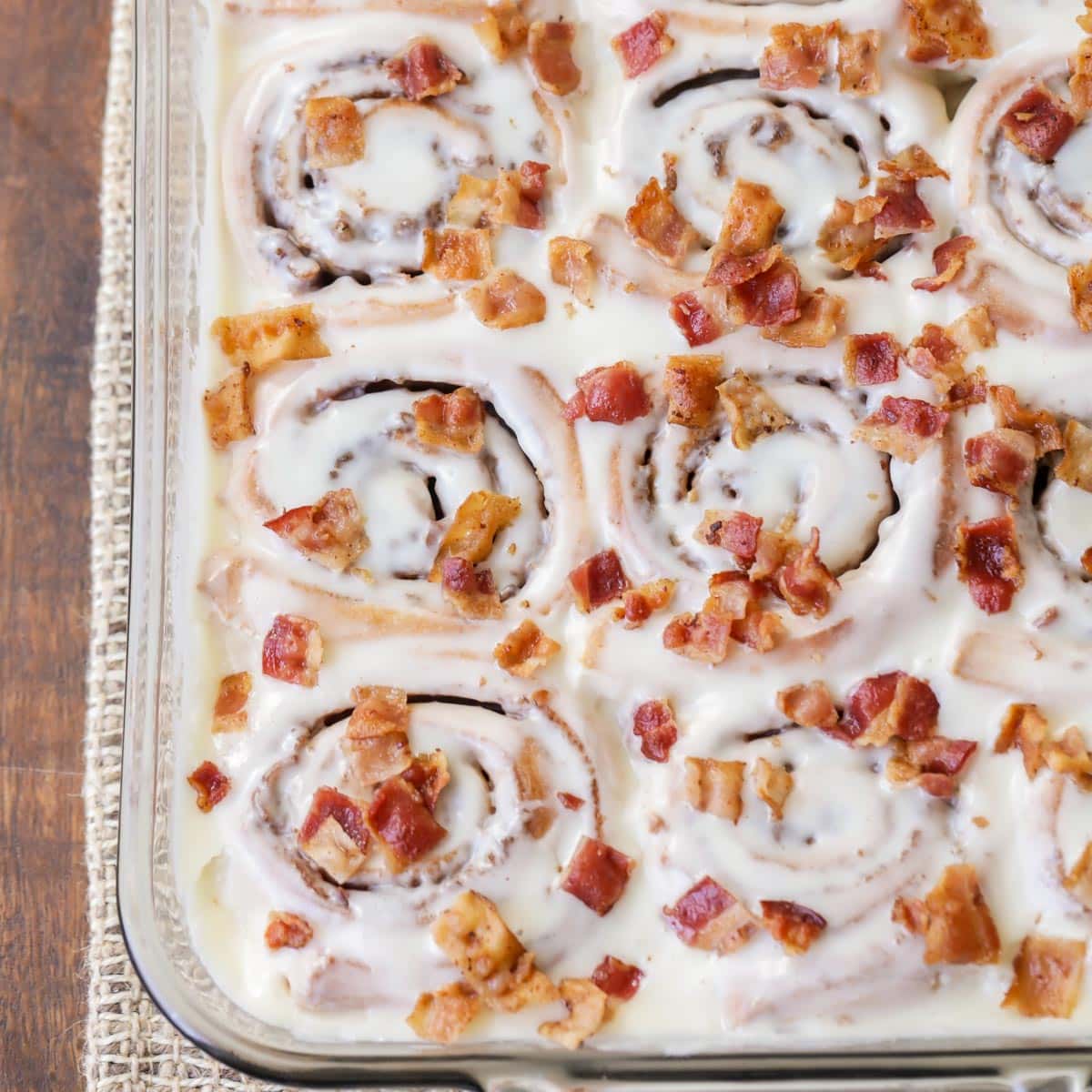